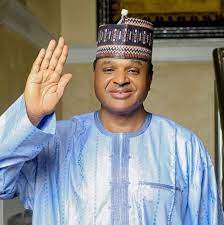 With the APC’s primary elections postponed to 26th, 27th and 29th instant, the party has got more time to prepare very well for the exercise as well as think more about who gets its tickets as the 2023 general elections draw nearer. More than ever before, the party needs to present its bests to the electorate on election days. This is especially so because as time passes by, the electorates are becoming more enlightened and therefore in a better position to make quite informed decisions at the polls. More so, as much as possible, the party needs to win all the future elections in order to be reassured of its prosperity as it grapples with the challenges posed by opposition political parties.

In Bauchi State, the situation is even more demanding as it requires greater tactics, strategies, sacrifices and commitment to win the 2023 general elections. This is obviously so given that the APC lost the state to the PDP in 2019. Therefore, in this case, it is more than a matter of winning elections; it is a case of wresting power from the ruling PDP. While this is possible, it is altogether a task that must be done meticulously and with the requisite expertise and commitment as it is one that must be accomplished. This simply implies that at the primary elections, delegates are to vote only for candidates who are electable and have the needed capacities to run the positions they aspire to if they succeed at the polls next year.

In more legible terms, the APC must at this point know that all it wants is to win all elections in 2023 to regain Bauchi state and then deliver democratic dividends to the good people of the state to reassure itself of its prosperity as the journey into time continues. With all this in mind, the APC in Bauchi state no doubt needs a governorship candidate who is vastly experienced has the requisite national network and is locally popular. All these qualities will provide for an atmosphere where the governorship candidate can lead the party home to the coast of victory.

Thus while many high calibre APC politicians have indicated an interest in the top job at Bauchi government house, His Excellency Sadiq Baba Abubakar is obviously the best man for it. With a pool of experience that saw him rise through the ranks to the position of Chief of Air Staff, it is legitimate to argue that he has the best record amongst all the governorship contenders. And to further place him in an advantaged position, when he took over as airforce helmsman, some of the problems he met and immediately resolved were similar to the challenges Bauchi state is facing today.

Therefore, if he could reform an organization that is nationwide and more cosmopolitan, what more of a state that is altogether in one place? Further to this, Sadiq Abubakar has the requisite national network. More than the other contestants, he has a national outlook. This is especially important when it comes to chances of winning an election as well as governing a state. It is well known that to win a governorship election, a candidate must have alliances both at home and elsewhere across the country. More so, in governance, a good familiarity with the civil and public servants in the federal government is of so much importance.

Added to all this, Air Marshall Sadiq Baba Abubakar is obviously a popular politician who is very much marketable in Bauchi state. This owes to his charismatic and gentlemanly posture; his humility, compassion and philanthropic mind. He lives peacefully with the people while also being magnanimous. Therefore, this is the man who the APC in Bauchi state can give its governorship flag to fly at the polls next year. He can give the PDP a run for its money on election day and thereafter rescue the state from the drift to total collapse.