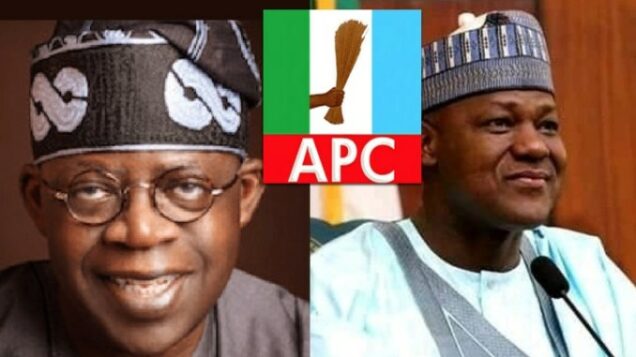 As a person that hails from Dogara’s Federal Constituency (Dass, Tafawa Balewa, and Bogoro) I have a direct stake in Dogara’s bid for Vice Presidency. I learned that he is desperately lobbying to be picked as the running mate to ASIWAJU. It is for this reason that I felt obliged to warn the APC as a party and ASIWAJU as its presidential flagbearer against picking DOGARA.

APC and ASIWAJU should know that DOGARA will surely be a very big liability to them as a running mate for the following reasons:

(I). Never made any single effort at resettling the displaced Muslim Community in Tafawa Balewa even when he was the no. 4 citizen of the country.
(II). Never made a submission to the Northeast Development Commission for the same purpose of resettling the Muslim Community.
(III). Never visited the displaced people to assuage their pains, nor to talk of sending any sort of relief materials or palliatives to them.

The list of our grievances against DOGARA can be longer.

EVEN WITH THE LIST OF DOGARA’S FAILURES PRESENTED ABOVE, IT IS CLEAR THAT HE WOULD BE A BAD PRODUCT TO PRESENT TO NIGERIANS AS A VICE-PRESIDENTIAL CANDIDATE.
HE WILL CERTAINLY BE A LIABILITY TO APC AND ASIWAJU BUT NOT AN ASSET.

‘To be forewarned is to be forearmed”