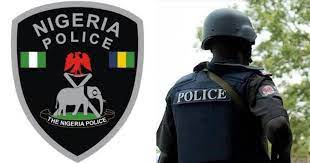 Two men simply identified as Lukman and Kudus lost their lives after attempting to reconcile a fight between Habeeb Abdulganiyu, a fashion designer and one Abdullatif Abdulrasaq in Ilorin, the capital of Kwara State.

WikkiTimes learnt that the suspect confessed to murdering the the peacemakers by stabbing them severally in the neck.

When arraigned before a magistrate court in Kwara State, a police report against the fashion designer reads thus: “Trouble began when Abdulganiyu and one Abdulateef Abdulrasaq started fighting over money. The two victims, Lukman and Kudus, came to separate them.”

“After the fight had been stopped, Abdulganiyu rushed home and brought a knife to the scene, but Abdulrasaq had left the scene, the police report reads further.  “However, he saw the two people that separated him from fighting Abdulrasaq and attacked both of them on their necks with the knife leading to their instant death.”

However, Magistrate Abdulraheem Bello ruled that the culprit be remanded in custody before adjourning the case till June 28.