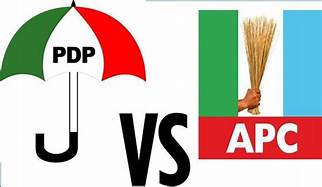 A chieftain of the Peoples Democratic Party in Osun state, Ayodele Asalu, has cautioned members of the party to tread carefully ahead of the forthcoming governorship poll.

It admonished the party members to stop an alleged plan by the ruling All Progressives Congress to create a division within the opposition.

Asalu in a statement obtained in Osogbo on Sunday, therefore, called on PDP members to reject the plots of APC agents working in their fold.

He also called for an end to the campaign of calumny targeted at a governorship aspirant in the party, stressing that the move may be a calculated attempt to weaken the PDP ahead of the election.

He also accused those opposed to Senator Ademola Adeleke of engaging in blackmail to stop him from contesting the party’s primary.

Warning leaders of the party against division going into the election, Asalu said the infighting would not benefit the members.

“Those who want our party to fail in the upcoming elections are busy spewing falsehoods against Senator Adeleke and igniting a crisis that will make it impossible for us to focus,” he cautioned.