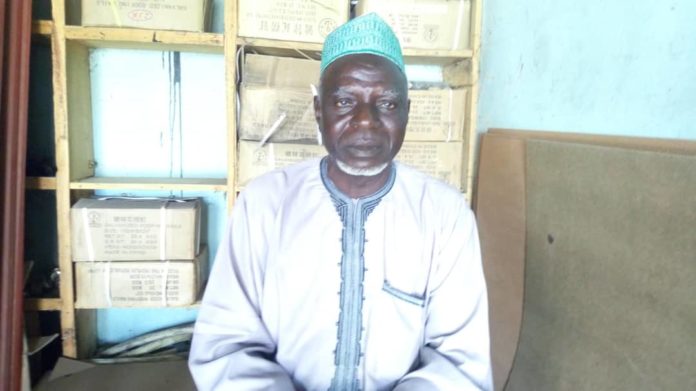 Abdullahi Hassan, a 64-year-old resident of Kandahar Bauchi, has raised alarm over consistent death threats from his children.

Hassan who sells building materials around Railway Market in Bauchi alleged that his family travails increased after he divorced his first wife who gave birth to the five boys now threatening him.

About six years ago, he divorced the mother of the children after years of living with her.

Hassan in an exclusive interview with our correspondent said he had made futile efforts for reconciliation between him and his children.

“I made sure I raised my kids in the best character humanly possible and cater for their necessities out of what I earned from my business.  However, I was made to understand that it is their mother who is instigating them against me so that if they eventually kill me, they would have my wealth,” he said.

Read: ‘It Is Stressful And Expensive’ — Cardiovascular Patients Say Of Treating Life-threatening Ailment In Bauchi

When the trouble with the kids aggravated, he said he opted to ostracise the eldest child.

Before then, according to him, all the children had the opportunity to go to school, especially Islamic schools where they learned memorisation of the Qur’an and Islamic jurisprudence.

“They never lacked what to earn a living from,” Hassan said.

The efforts did not end at just empowering his children with skills but he said he took further steps to help the first child marry as in line with the tradition.

He said some of the children had even started stealing.

“I saw their stepmother’s phone with one of them after she complained that her phone was stolen. As I was trying to investigate it, I found the phone with the boy. I raised the matter at several fora with a view to finding a lasting solution to the problem but nothing changed.

“I initially tried to make the two elderly ones get married. I provided one of them with a shop which he mismanaged, while the other one forced me to pay the debt he collected.

“I sent him to Daura correctional center where I spent more than N200,000 on him, yet that did not work. He is presently at Dengi in Plateau State, and I gathered that he is stealing there,” he said.

Mr. Hassan said he is now hypertensive because of the pressure from the children.