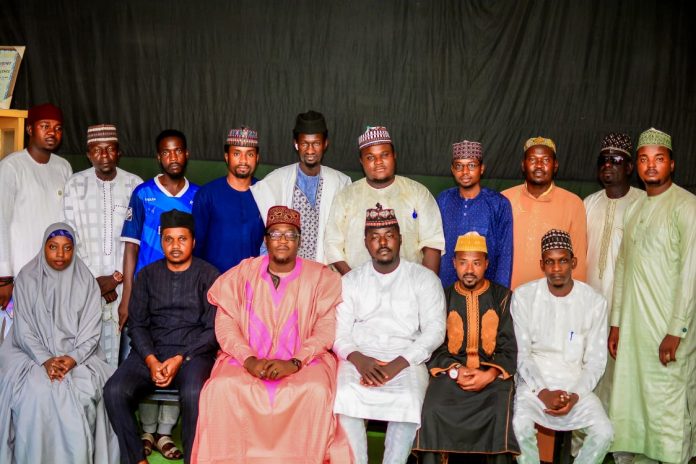 Back in the day, the Northern societies of Nigeria had essential norms, and immanent values and the level of decency was high. The people then respect one another, and parents send their children for religious education along with necessary stuff without them succumbing to begging for survival. Moreover, leaders at all levels had a spirited moral compass whereby they impact the lives of their people positively not like now that they are there to fatten their accounts.

‘‘AGAJE NI MU GYARA’’ is, therefore, a program aimed at revamping and redeeming the lost values that accelerate individual and societal developments, hence reducing crimes and making communities free from all vices. It would act as an agent against enmity amongst people, political autocracy, religious sentiments and several other issues.

The first area that the programme would concentrate upon is making businesses profitable, both buyers and sellers of goods and services would be transacting without much suffering; thereby lessening burdens they might be encountered. In the past, markets operated on specific days and with few people covering a hundred kilometres to buy or sell stuff but nowadays, technological advancements have brought more ease; people buy their desires from their comfort zones using market websites. Still, despite all these transformations and innovations, some erring individuals and groups ventured into such platforms not to help but to defraud. They open websites, send texts, call their targets on phones and convince them; in turn, unlucky victims end-up losing huge amounts and valuable properties.

Our grandparents told us that during their time neighbours embraced the responsibilities of their fellows, they ate together, punish the children of neighbours whenever they are wrong, pay their school fees like their own biological children and commanded them to do more when they did good which inspired them in putting more efforts in those directions. Nevertheless, people that surround us now melted in stinginess, stingy attitudes have consumed blessings and prodigality became the order of the day, especially among rich individuals and some politicians. It is true that whoever gets things easily without suffering tends not to value such things whether money or valuables, ‘AGAJE NI MU GYARA’ is here to resurrect the lost important traditions and norms of our forefathers.

For everything in all ramifications of human endeavours to be better, both traditional and political leaders should emulate the way the first set of leaders that fought tirelessly for our independence did. The North had leaders that were known for their selflessness, eagerness to serve humanity and readiness in fulfilling promises but unfortunately, they died along with such qualities because the majority of leaders we have today are a bunch egocentric, money-thirsty and driven by materialism. ‘AGAJE NI MU GYARA’ is also aimed at serving as a watchdog over all activities of political office holders, making sure they actualize their campaign promises and bring succour to the lives of people through the installation of social amenities. Furthermore, the program would be exposing hidden agendas, misleading information, corruption cases, etc.

Security architecture was so strategic before and when people lost their items, they had no fear at all because kind-hearted ones living in societies usually take them to the authorities to look for the actual owners. Hence, those kinds of people are few in our present generation, and love of money and worldly things increases which is why the rate of item snatching, arm robbery, kidnapping for ransoms and different sorts of criminal conspiracies are skyrocketing daily. Wrong interpretations of religious doctrines which instigate extremism amongst the followers are the reasons behind frequent attacks on people practising different religions or traditions. Fortunately, ‘AGAJE NI MU GYARA’ targets citizens on vital roles they could play in securing their lives and properties, and what leaders at different levels should do in order to intensify the security in hamlets, States and the nation at large.

In summary, now that we are in a democratic dispensation, before conducting elections, candidates seeking different political positions at local, state and national levels go round nooks and crannies campaigning primarily to convince as well as gain votes of electorates during elections. Moreso, most of such politicians go along with unemployed youths carrying weapons, and they attack everyone that might halt their campaigns, especially the opposition, they do so under the influence of hard drugs while children of such politicians are relaxing at home or studying abroad. Unstoppable orientation and awareness campaigns through ‘AGAJE NI MU GYARA’ program would go a long way in changing youth’s perceptions that take politics as do or die affairs; it would help them utilize and use their youthful ages in rightful w