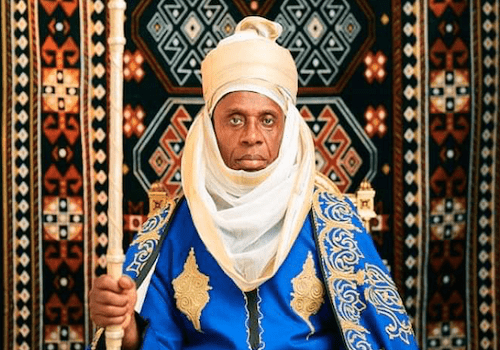 The ancient town of Daura in Katsina State has become a beehive of activities as dignitaries besieged the town for the turbanning of Transportation Minister, Romimi Amaechi as the Dan Amanar Daura by the Emir of Katsina, Alhaji Umar Farouk Umar.

Dan Amana means the trusted one in Hausa.

The Nation gathered that the decision to honour the Minister was taken in appreciation for his contribution to the siting of Federal projects in Daura Emirate of Katsina state.

Dan Amana means the trusted one in Hausa.

The Nation gathered that the decision to honour the Minister was taken in appreciation for his contribution to the siting of Federal projects in Daura Emirate of Katsina state.

A source close to the Emir’s palace told The Nation that among federal projects influenced by the Minister to Daura are the University of Transportation, Federal Polytechnic, Daura and the Kano to Niger rail line which will pass through Daura.

“Ordinarily, the rail line is supposed to go straight to Kano and then to Niger Republic. But Amaechi influenced it’s passing through Daura without the knowledge of Buhari.

“Amaechi has influenced a lot of federal projects to Daura to the extent that the city has benefited more from this government than other parts of Katsina state.

“Whatever game he was playing, he succeeded in touching the mind of the people. That is why the Emir decided to honour him,” the source said.

President Muhammadu Buhari described the conferment of the title of “Dan Amana,” (the trusted one) on Amaechi as a clear commitment to the harmonious relationship between the nation’s diverse cultures.

The President’s Senior Special Assistant on Media and Publicity, Mallam Garba Shehu quote the President as commending Amaechi “for working with enormous energy to make the CHANGE we promised Nigerians a reality,” saying “the change we are witnessing in the transport sector is an extraordinary legacy.”

A presidential delegation made up of the Ministers of Water Resources, Engineer Sulaiman Adamu, Aviation, Senator Hadi Sirika and the Senior Special Assistant (Media and Publicity) Garba Shehu are attending the event taking place at the Emir’s palace in Daura.

Culled from The Nations