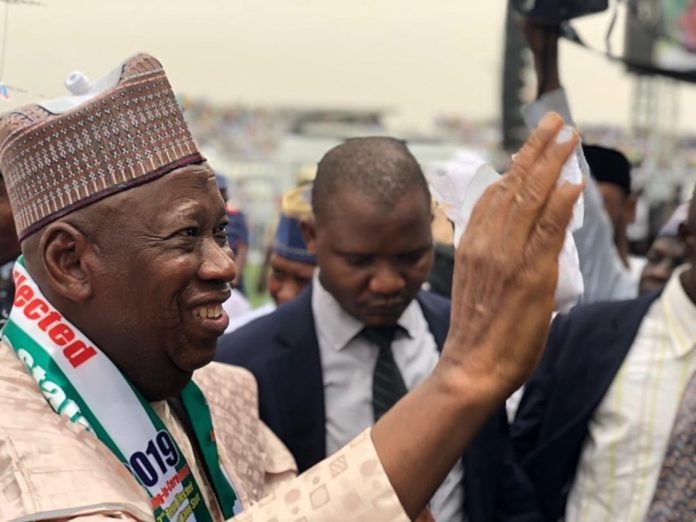 Kano State Governor Abdullahi Umar Ganduje has on Saturday kicked off the construction of a network of roads in Garo town and neighboring communities of Kabo Local Government Area of the state.

This is contained in a statement signed by the Chief Press Secretary to the Governor, Abba Anwar, and issued to newsmen in Kano on Sunday.

Ganduje was represented by the Commissioner for Local Governments and Chieftaincy Affairs, Murtala Garo, assured that his administration would work assiduously to improve rural infrastructural development.

“There is an 18km road from Kanye-Kabo-Dugabau, which crosses eight Wards out of the ten Wards of Kabo Local Government. The project started in 2018 and was abandoned halfway.

“But the contract was revoked after construction of 9km. It was re-awarded, for the completion of the remaining 9km. The total cost of the contract is N1.6 billion.

“There is also another road construction within Kabo town, which cumulatively stands at 3.9km, at the total cost of over N800 million.

The Governor added that the project if completed would reduce the challenges being faced by the farmers and other residents of the communities.

“Experts believe that the project, when completed, would immensely assist movement of farm produce among the communities, apart from easing the movement of individuals without any hitches.