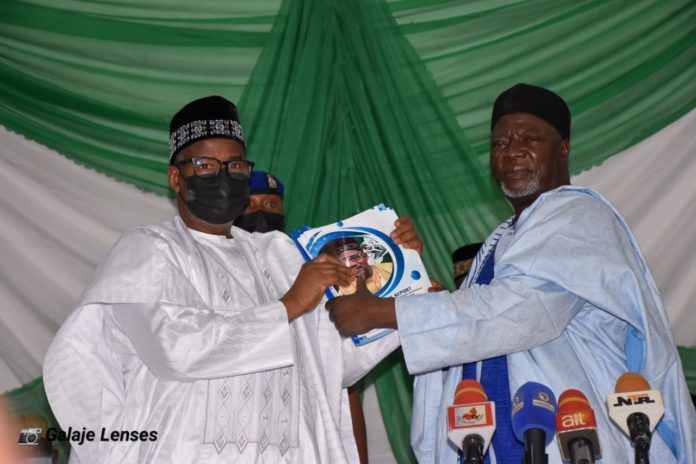 Bauchi State Governor Bala Mohammed appears determined to contest for president come 2023, but he may be doing that with a plan B—in the event, his dream shatters along the way, WikkiTimes can report.

He said Sokoto State Governor Aminu Waziri Tambuwal has taught him a lesson; for, he has pioneered and tested a working model—where a serving governor can have an arrangement with his most trusted loyalist to temporarily hold the governorship ticket for him while he tests his fortunes to secure a presidential ticket. If he fails to make it, he returns back and retains his governorship ticket without a fight.

“Bauchi can be better if I am at the centre. But certainly, we have to manage the two together. I told my brother and colleague that you should not be happy to send me forth so that you can take over the governorship; I am going to do the two together as Matawallen Sokoto. “I am going to test it and I am not going to give somebody who will not give me back when I come back”.

Governor Mohammed who was speaking when he received a report from leaders of the People’s Democratic Party who toured 16 states of the north to canvass support for him to be president, said he will not give the gubernatorial ticket to someone who may not give him back should he failed to grab PDP nomination ahead of the 2023 elections.

He maintained that he will employ the Sokoto state Governor Aminu Tambuwal’s model to allow only someone who can give him back the governorship ticket if his presidential ambition suffers a defeat.

Governor Bala stressed that if elected President; he will run an inclusive government and deal with nepotism. “Today for some of you that know we have been trained for this job; as federalists we know the civil service, we know the bureaucracy, we know the institutions of the Federal government and the state. We know the parliament we the politicians and the politics, so we should be given the opportunity.

“There must be equitable distribution of resources. Nepotism should be dealt with. We will change the narrative. We have to change the governance and reward system”. He added.

WikkiTimes recalled that Governor Waziri Tambuwal of Sokoto state has in 2019 returned to claim his governorship ticket after an unsuccessful shot at the Presidency during the PDP Presidential primaries.

Previous articleSecurity Operatives Kill Bandits In Niger, Recover ‘300 Cattle
Next articleWhy I Will Be A Better Presidential Candidate Than Atiku- Bala Mohammed