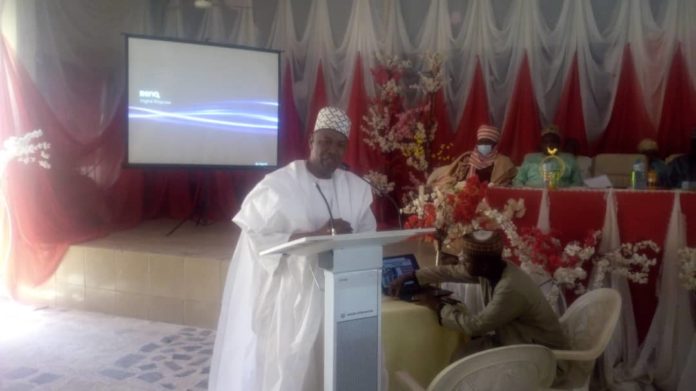 Professor Umaru Pate, the Vice-Chancellor of Federal University Kashere has said that the absence of inter-religious and tribal harmony among Nigerians exercebate sectarianism and unstable peace in Nigeria.

The Vice-Chancellor said with the kind of religious intolerance blowing heavy winds of dislike among and between Christians and Muslims at the moment in the country is not favourable for a united and peaceful Nigeria.

Professor Pate stated this on Thursday while making a presentation at the Citizens’ Summit For National Integration, Peace and Security organised by the NIPR at the ML Audu Auditorium Federal Polytechnic Bauch.

He said Nigerians’ attitude toward people belonging to other religions, regions and ethnicties make them confine themselves to a particular reserved exclusive area, thereby retarding inter-religious and tribal cohabitation among them.

“We are so much segmented that the children of the poor attend poorly funded and miserably organised primary schools and come up to go to much more poorer secondary schools and if they are lucky, go to the university. By the time they graduate, they are not properly prepared educationally to appreciate the hetrogeneity of nigeria.

“The whole thing is now compounded with social media where people distribute hate speech and fake news. People now make up their minds, particularlly youths who no longer listen to radio, watch television or read newspapers. So, their only source of knowledge about Nigeria is the handheld device where they go to sites and read stories that are not true about the other people or people outside their own environment.

“So with this, each one of us is in his own province castigating and hating people outside his own environment. There is no way you can promote national integration.

“Our leadership has a role to come up with policies that will promote people coming together on similar platforms and at the same time, our own leadership roles as family heads. We should be able to encourage our young ones to be able to appreciate people who are outside their own environment.

Profesor Pate saidthe viability of Nigeria’s unity hinges on the true commitment and scincerity of the political class.