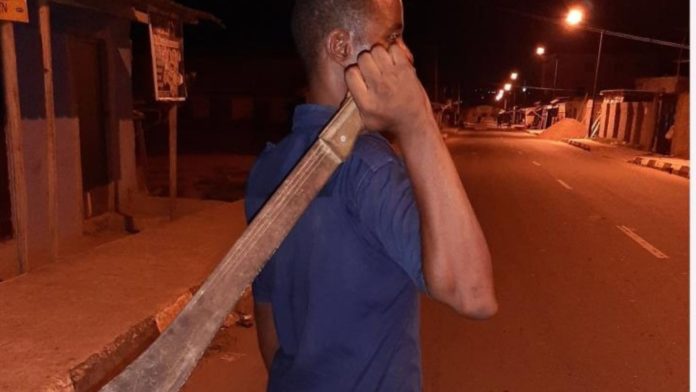 At knifepoint, many residents have been robbed of their property, mostly mobile phones, laptops and other electronic gadgets.

A resident speaks of how miscreants govern the area unchecked. “They wander around in the day and go wild at night,” he said.

READ: REPORTER’S DIARY: Luck Worked For Us — Police On Taraba-Adamawa Highway Say Their ‘Hoodlums’ Are Not Around

Last Wednesday, a girl returning from an errand was waylaid. “They cut her hand (with a knife) and collected her phone,” another resident relived her friend’s ordeal with the criminals.

“I almost became a victim some months ago,” she said. “They accosted me at the front of my house. But I was lucky to escape inside.”

Sources who spoke in confidence told WikkiTimes the miscreants could strike anywhere. “Not only in the corners. They operate even by the roadside,” a resident said.

The only way to avoid being robbed, “Is to avoid moving at night,” a roadside vendor suggested.

WikkiTimes learned that such a crime is on the low at the moment. With a few students and corps members clustered around the indigenous residents, “the news of frequent robbery or let me say, phone snatching has reduced,” a shop owner in the area said.

The robbery spree becomes frequent and unchecked, when students of Abubakar Tafawa Balewa University (ATBU) are in session.

“Most of the students living in Sabon Kaura would have more tales to tell,” another resident said. “Majority of them go to school through the back gate and also return home using the same channel.”

However, some of them become victims when returning from night classes (for reading). The open land behind the school “just after the back gate” is a treasure to the waylaying criminals, WikkiTimes learned. “Many students have been robbed in that place.”

Ahmed Mohammed Wakil, the Bauchi State police spokesman, was not available for comments. He did not respond to calls and a detailed enquiry sent to him was neither acknowledged nor responded to.