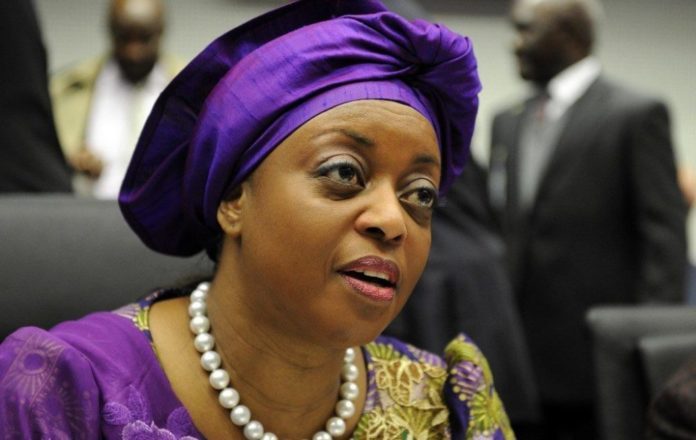 Olajide Omokore has denied buying cars and houses for a former petroleum minister, Diezani Alison-Madueke, and other officials of the Nigerian National Petroleum Corporation (NNPC).

The businessman, who has been reported to be an ally of Mrs Alison-Madueke, made the denial on Tuesday while testifying in his trial on money laundering and procurement fraud charges at the Federal High Court in Abuja.

Mr Omokore, who maintains that his relationship with Mrs Alison-Madueke was not beyond official, denied buying houses for the former minister.

Mrs Alison-Madueke, who fled the country shortly after leaving office as the petroleum minister in May 2015, also has pending corruption charges against her at the Federal High Court in Abuja.

The Economic and Financial Crimes Commission (EFCC) is prosecuting him and his co-defendants on nine charges of criminal diversion of about $1.6 billion proceeds petroleum products belonging to the federal government.

Mr Omokore and his co-defendants face allegations of underhand dealings in connection to the Strategic Alliance Agreement (SAA) existing between his firms and the NNPC on OMLs 26, 30, 34 and 42.

The other co-defendants include a former Managing Director of the Nigerian Petroleum Development Company (NPDC), Victor Briggs.

The rest are, a former Group Executive Director, Exploration and Production of the Nigerian National Petroleum Corporation (NNPC), Abiye Membere; and a former Manager, Planning and Commercial of the NNPC, David Mbanefo.

EFCC’s spokesperson, Wilson Uwujaren, said in a press statement on Wednesday that Mr Omokore opened his defence testifying as the first defence witness (DW1) on Tuesday.

Led in evidence by his counsel, Rafiu Lawal-Rabana, a Senior Advocate of Nigeria (SAN), Mr Omokore told the court that the allegations that he purchased houses, for Ms Alison-Madueke, former minister of petroleum resources, and cars for officials of NNPC, and politicians were untrue.

The defence lawyer specifically asked Mr Omokore if he and his firms “gave out” a penthouse located as House 22 and 21 in Admiralty, Ikoyi, and Belevista Estate in Ikoyi, was true.

“There is nothing between me and the minister that was more than official. I did not conspire with anyone. I had a facility of about $100million (dollars) in Florida. Even here, the generators I am using in my office, two of them, First Bank gave me as one of their best customers. So, how can anyone say that I defrauded the government? For what?”

He also claimed that he did not buy cars for any officials of the NNPC.

“Buying cars is part of my philanthropic gesture. I buy cars for people, churches, NGOs, and my friends,” Mr Omokore said, but quickly added, “I never gave any car to Mbanefo (co-defendant and ex-NNPC official).”

He added: “I gave a car to the King of Obosi who is my friend, and Mbanefo happens to be from Obosi. I am the Enyimba of Obosi and up till today I go to the palace for meetings. My company is a very big company and I gave them instructions that I wanted to gift a car to my friend, the king of Obosi for the chieftaincy title he conferred on me.

“My company’s management then gave the car to kabiyesi. It was in the papers. The local television in Anambra carried it. Mbanefo is from Obosi, and we met at the palace. The company gave the car to Mbanefo to give to the Igwe.”

Asked whether it was true that he also provided a car gift to Abiye Membere (5th defendant), the witness answered in the affirmative, but added that the gift had nothing to do with the Strategic Alliance Agreement (SAA) between his company and the NNPC. He said the gift was rather for Mr Mbanefo’s 50th birthday.

“Engr Membere has been my friend since a very long time, even when he was in Exxon Mobil. Our relationship dates back to ages. I went to his village three weeks ago for the burial of his mum. About 10 years ago he buried someone and I was there. We are family friends. He buys gifts and perfumes for me.

“I gave the car to him during his birthday. I did that for his birthday which was a milestone, his 50th birthday. Membere did not even know we were delivering a car to him. It was a surprise.

Fielding questions from the lawyer, Mr Omokore said he and his Atlantic Energy gave out “more than 100 cars to different people” before the SAA was signed.

Asked whether he knew Kola Aluko as one of the directing minds of Atlantic Energy Drilling Concept, he answered in the affirmative.

Also asked if Mr Aluko could give instructions to the company without asking or clearing from him, the witness responded: “yes, he was the managing director”.

In response to a question on whether he was one of the directors and shareholders of Atlantic Energy Drilling Company, M Omokore said “yes”, but added that he could not remember specifically the percentage of his shares in the company.

The judge, Nnamdi Dimgba, adjourned until Thursday for the continuation of cross-examination.

Read the Original Report of this Story on PREMIUM TIMES