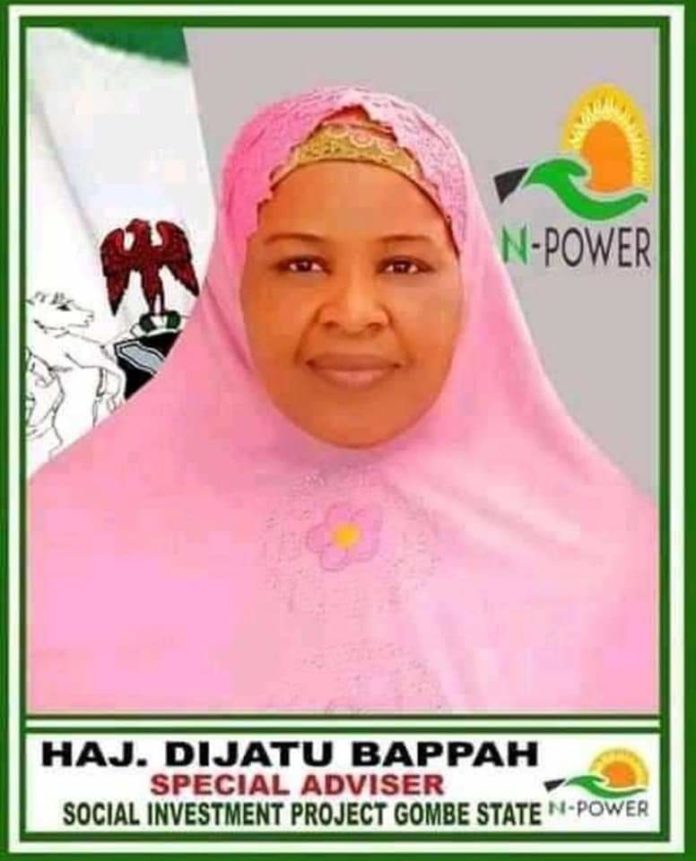 The Special Adviser to Governor Inuwa Yahaya of Gombe state on social investment Mrs Dijatu Bappa has resigned from her position.

Dijatu in a resignation letter dated February 1st 2022 and addressed to the governor explained that the resignation was with immediate effect.

She did not state the reason for her decision to abdicate her office but simply told the governor in the letter that she had terminated her service.

Our correspondent reports that this was coming barely two days after an ex-commissioner in the government for health Dr Ahmed Gana quit the ruling All Progressive Congress (APC) and joined the opposition People’s Democratic Party (PDP).