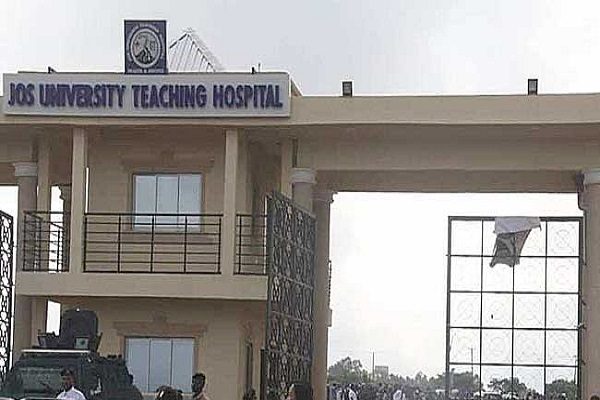 Hausa and Fulani Muslims living in Jos, the Plateau State capital, are being forced by record officers at the General Out-Patient Department (GOPD) of the Jos University Teaching Hospital (JUTH) to change their states of origin and local government areas before they can register to see a doctor.

Daily Trust reported that apart from some patients who shared experiences of their encounters with some officers, a video, which captured a nurse addressing some patients, and went viral on social media last week, corroborated the allegation.

The Plateau State Government and JUTH management, have, however, debunked the development, insisting that the video does not represent the hospital’s policy.

Observers believed that as a federally funded hospital, one’s state of origin should not normally matter, especially for health care delivery.

The GOPD is where new patients would first visit for registration before they can see a doctor.

Some patients who shared their experiences with Daily Trust said the anomaly usually happened at the first stage of registration.

The registration process, which starts with the issuance of a white form containing patients’ personal information such as tribe, states of origin and local government areas, is expected to be filled by patients before they get to the record officers.

However, any Hausa or Fulani Muslim who claims to be an indigene of Plateau State would be asked to claim another on the grounds that such ethnic groups were not indigenous to the state.

Some patients told our correspondent in a chat that filling the form was the first criterion for permission to start the process of seeing a doctor.

They described the situation as discrimination by the hospital, which is a federal establishment.

A couple of months ago, concerns over the allegation heightened among residents until a video of a nurse explaining the registration process at the waiting hall of the GOPD went viral on social media last Monday.

The video, which allegedly emanated from JUTH, has generated reactions among social media users with many expressing divergent opinions on the comments made by the nurse.

In the video, the nurse was seen addressing new patients and was quoted as saying in Hausa language: “Your state of origin is not a state of residence. Now, if for example, I am from Ogbomosho, Oyo State and my grandparents were born in Plateau, should I claim that I am an indigene of Plateau State?

“No, I will use Oyo as my state of origin. The whole thing is not about where your grandparents were born but where they came from. That is how you will fill out your form.

“You hear that the system goes blank or shut down. The reason is, when we start inputting your data on the system and we come to where you are asked to fill your tribe, somebody will write Fulani or Hausa and claim Plateau is their state of origin and Jos North their LGA, and from there, the system will shut down because the system has been programmed,” she added.

“If you are a Tarok and you choose Jos North as your LGA, the system will shut down. Are we getting it right?

“So, if the system seizes, we will waste time and it will take almost 30 minutes before it resumes. Please, take note,” the nurse stressed.

In order to verify the authenticity of the allegation and the video, our reporter disguised as a new patient visited the GOPD.

After collecting a registration form, a record officer asked him:  “You are not from Plateau State. Are you not from Bauchi, Kano, Kaduna, or Sokoto State?”

Findings by the reporter indicated that before they approach the recording officer, a form would be given to all the new patients to fill in their personal information which include tribe, state of origin, LGA and others. Thereafter, the data is imputed into the computer.

The reporter, who disguised as a new patient, arrived the GOPD by 8:a.m and joined other new patients that were already seated to see the doctors. After some moments, forms were issued to everyone to fill before the main registration.

Already, the forms had been numbered and the reporter was number 9 and everyone would be called according to their numbers for the registration.

When the recording officer collected the form from the reporter, she first asked him of his state of origin and he said Jos, Plateau.

“You will go and sit down if you will not tell me the truth. We have made it clear before we started. Why are you making things difficult for us? Another record officer sitting beside her asked the reporter the same questions.

The situation led to a heated argument between the record officers and the reporter.

Even before it got to the turn of the reporter, two women who had earlier indicated Plateau as their state of origin and Jos North as their LGAs had been turned back by the record officers to change them. The women had to cancel Plateau and indicate Kano state before they were attended to.

A patient, Hajiya Rabi Hassan, narrated how she was forced to change her state of origin during the registration process.

“There was a time I was having a problem with one of my legs. When I went to the hospital, I was given a form to fill for my registration to see a doctor.

“I indicated that I am from Jos, Plateau State. But I was compelled to change my state of origin and LGA.

“I asked those attending to patients to change them for me. I told them to write any state and LGA because my health was more important to me.

“I didn’t care whatever they wrote for me. It was an experience that I will never forget.

“I found it difficult to understand why my state of origin should be a factor to get me registered as a patient,” she said.

Aisha Sani, another patient from Febuna in Jos North LGA, sought the assistance of Daily Trust’s reporter to help her change the state of origin and the LGA on her form.

“Please help me change the state of origin and the LGA. Fill in Kano for me. I don’t want them to turn me back as they did to that woman. My major problem is to see the doctor, “she said.

Abdulmajid Lawan, a resident of Jos, said: “We found it difficult to understand why some provisions should even form part of the form.

“We are very surprised to hear what the woman said in the video. How can we have confidence in JUTH if, in the registration process, patients are turned back to change their states of origin or LGAs? On what basis does your state of origin or LGA determine whether or not to be attended to?

“It is a discrimination of the highest order. We are calling on the relevant authority to investigate the matter. “

Director of Civil Liberty Organization in Nigeria, Steve Aluko, who debunked the allegations, said that if it was found to be true, it was against the constitution of the Federal Republic of Nigeria.

He, however, urged the hospital management to establish a thorough investigation into the matter.

He said: “I think the number one thing is for the authority of JUTH to investigate this issue. They should not just wish it away. They should conduct a thorough investigation,” he said.

“It is also against ethics and professionalism, especially in essential services like health.

“The authorities should not wish it away. They should do a proper investigation so that at the end of the day, if it is not true based on facts, they can be vindicated; or if it is true, based on fact, whoever is involved, can be punished because the institution is involved.

“We are talking about the integrity of JUTH and the services they are giving. They should do proper investigation so that they can uncover act like this,” Akiko stressed.

JUTH’s Information, Protocol and Public Relations Officer, Mrs Bridget Omini, said the content of the video didn’t represent the policy of the hospital.

“This is to clarify that Jos University Teaching Hospital is a Federal Health Institution positioned to serve all and sundry, regardless of tribe or religion.

“The general public is hereby requested to kindly disregard the unfortunate video, please,” she added.

The Plateau State Commissioner of Health, Nimkong Larndam also said he was not aware of such a registration process.

“I worked with JUTH before I became the commissioner and I never knew anything of that nature. I am not aware of anything like that. I called the CMD of the hospital and he said he was not aware of the development,” he said.

Daily Trust Saturday reports that Plateau State has been witnessing ethnic and religious skirmishes for over two decades.

The issue of indigene/settler dichotomy has affected the peace the state was known for and efforts by those in power recently to diffuse the tension are being challenged by those against the development.