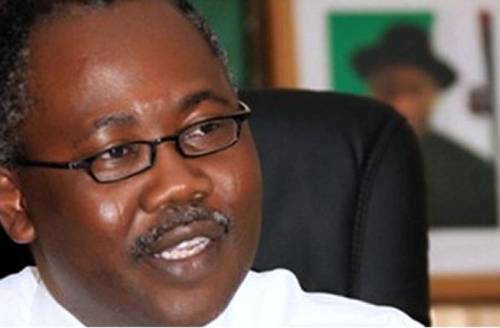 The Legal Defence and Assistance Project (LEDAP) has condemned the prosecution of Olanrewaju Suraju, chairman of the Human and Environmental Development Agenda (HEDA), over allegations of corruption against the former Attorney-General of the Federation, Mohammed Adoke, in the Malabu oil block allocation scam.

Suraju has consistently accused Adoke of corruption charges and abuse of power.

In a statement by its national coordinator of LEDAP, Chino Obiagwu, LEDAP questioned why no concrete effort had been made to probe Suraju’s allegations against Adoke.

The group said the prosecution of the HEDA boss was not only a violation of his rights to freedom of expression but also constituted a blatant attack against human rights defenders and anti-corruption crusaders in Nigeria.

The statement read, “Mr Suraju has consistently made public massive bribery and abuse of power against Mr Adoke and other foreign companies, for which some are currently facing criminal charges in Italy.  Rather than investigate the allegations raised in Mr Suraju’s many petitions, the Attorney-General has elected to prosecute him, undermining the so-called anti-corruption agenda of the regime.

“Mr O. Suraju was on Friday 18th February 2022, arraigned on a two-count charge filed by the office of the Attorney General of the Federation (AGF) before a Federal High Court at Abuja. He was accused of cyber-stalking a former AGF, Mr Mohammed Adoke. No mention was made of the veracity or otherwise of the corruption allegations by Mr Suraju against Mr Mohammed Adoke.

“More so, Mr Suraju was charged under section 24 of Cybercrime (Prohibition, Prevention etc) Act, 2015, which the ECOWAS court of justice has earlier declared as contrary to Nigeria constitution because it infringes on the right to freedom of expression and the press.

“LEDAP is concerned that the prosecution of Mr Suraju by the Attorney General of the Federation not only violates his right to freedom of expression as provided in the 1999 Constitution of the Federal Republic of Nigeria (as amended) but constitutes a blatant attack against human right defenders and anti-corruption crusaders in Nigeria. These are patriotic citizens who are fighting for the public interest of the country.

“LEDAP urges that Federal Government to investigate the allegations of corruption against the former AGF, Mr. Mohammed Adoke relating to the Malabu Oil scam, and withdraw all charges against Mr. Suraju.”