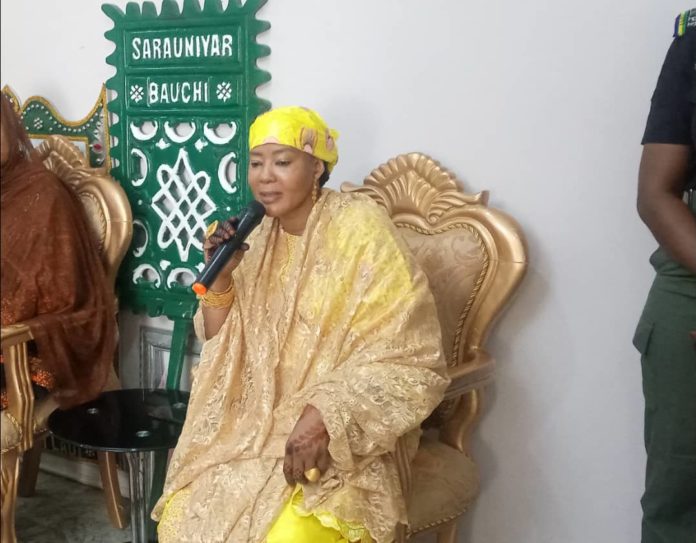 The Bauchi State First Lady A’isha Bala Mohammed has said that husbands are afraid to allow their wives to take part in active politics because of the immorality exhibited by women in politics.

“It’s unfortunate that women are molested before being helped in politics or before being promoted in civil service.”

The First lady stated this when she hosted women aspirants from the Nrotheast whne they paid her a courtesy call at the Government House in Bauchi.

She lamented that women simply offer themselves sexually so that their demand would simply be considered, adding that women should give good moral trainings to children to reduce such attitudes.

“As a female, you won’t be helped unless you offer yourself, to the extent that some females understood that they have something valuable they can exchange with their demand. That is why some husbands do not allow their wives to be in politics because they perceived that about 80% of women offer themselves for sex before being assisted or promoted.

“This is a great challenge we need to campaign against so that women would fully participate in politics. Women are parents, trainers, they are the mothers of all the males and the females alike.” She noted.

Hajiya Hajara Yakubu Wanka, PDP Deputy National Women Leader said they were in the First Lady’s office to lobby for the aspiration of the women in politics in the North-East sub-region, the visit she said was the first of its kind.