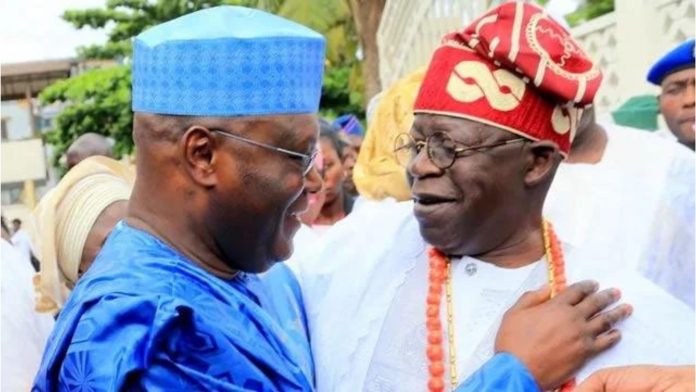 The Chairman said that the APC must lower its sight to select a competent running mate for Tinubu to boost its chances of winning the forthcoming general elections.

The Chairman said this in a press conference in Bauchi on Tuesday.

He said that Dogara has all that it takes to be Tinubu’s running mate, particularly considering his wealth of experience and political spread garnered over the years, having served as the 14th Speaker of the House of Representatives.

“The emergence of  Asiwaju Bola Ahmed Tinubu as our party candidate has opened another political discussion and to strike the balance, Tinubu and the leadership of the party should consider the choice of the 14th  Speaker of the House of Representatives Rt. Hon.Yakubu Dogara as vice President.

“The subject of our consideration of Dogara as a good material for Tinubu is not ceded along with his tribe nor his religion but his political wealth of experience as one of the outspoken legislatures and built relationships as the 14th Speaker of the House of Representatives.

“Since Tinubu is a Muslim from the Southern part of the country, it is expected that for the APC to have a balanced ticket which it would take to the general elections to convince Nigerians to vote for it, that it is only right for the party to balance the presidential ticket with a Christian from the northern part of Nigeria.

“The choice of Yakubu Dogara as Vice President will send the party’s message across that it is not just for all Nigerians but that it is sensitive to the demand for equity by all sections of the country. Taking this position would further boost the chances of the party at the general elections as Christians from both the southern and northern parts of Nigeria would not feel alienated,” he said.

The Chairman warned that religion and ethnicity should be taken out of the landscape of politics and governance in Nigeria to allow only competent persons to take their natural place in the best interest of the country.