Man Kills 80-Year-Old Grandmother, Throws Her Body Into A Well In Kano 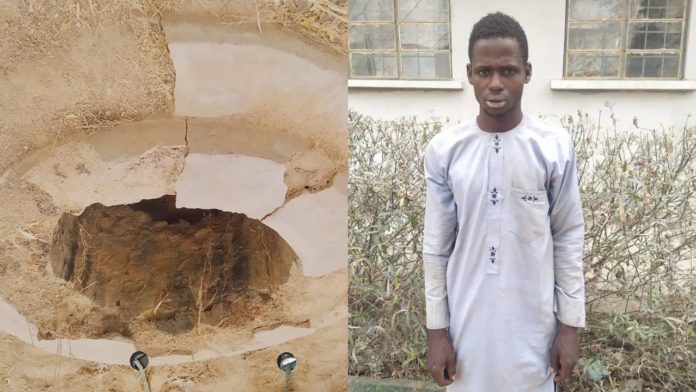 In a statement issued by the Spokesman of the Kano State Police Command, SP Abdullahi Haruna Kiyawa said the 25-year-old Naziru Magaji on Friday March 25 afternoon, beat up the grandmother to death. He said he was arrested already.

Kiyawa explained that the incident happened on Friday, at about 1300hrs, at Wangara Village, of the Local Government in Kano State, where the suspect beat her up and threw her body into an old deep well.

After the Police received the report, a team of detectives immediately went to the scene and removed the body from the well and rushed her to Tofa General Hospital, where the grandmother was examined and confirmed dead by a medical doctor, according to Kiyawa.

He said based on preliminary investigation, the suspect confessed that he beat up the 80-year-old grandmother and threw her body inside a well.

He said the suspect confessed to have perpetrated the act after taking an intoxicating drug, called exol.

Kiyawa explained that the case had been transferred to the Homicide Section of the Command’s Criminal Investigation Department, after which the suspect would be charged to court upon completion of the discreet investigation.