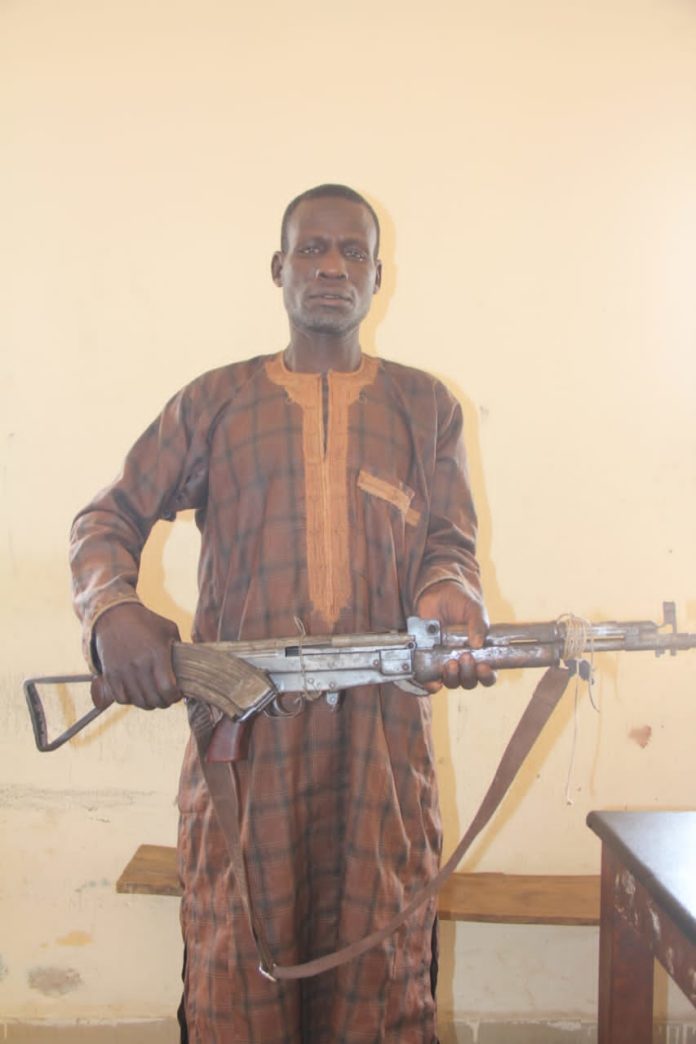 The Bauchi State Police Command has arrested one Ahmadu Shu’aibu,40, with an Ak47 rifle and 20 rounds of 7.62mm calibre ammunition.

Police Public Relations Officer, SP Mohammed Ahmed Wakil in a statement made available to reporters in Bauchi said that Mr Shu’aibu confessed to having secured the gun from a man in Taraba State.

He said the Command has further recovered the mopped-up firearms and ammunitions from different individuals in various areas within and outside the state.

He assures law-abiding citizens that in conjunction with other security agencies, the police will neither relent nor spare any recalcitrant criminal(s) who refuses to toe the line of peace in the State.

LEADERSHIP recalls that one month ago, Bauchi State Police Command handed over 82 assorted firearms and 874 ammunitions to the National Centre for the Control of Small and Light Weapons.