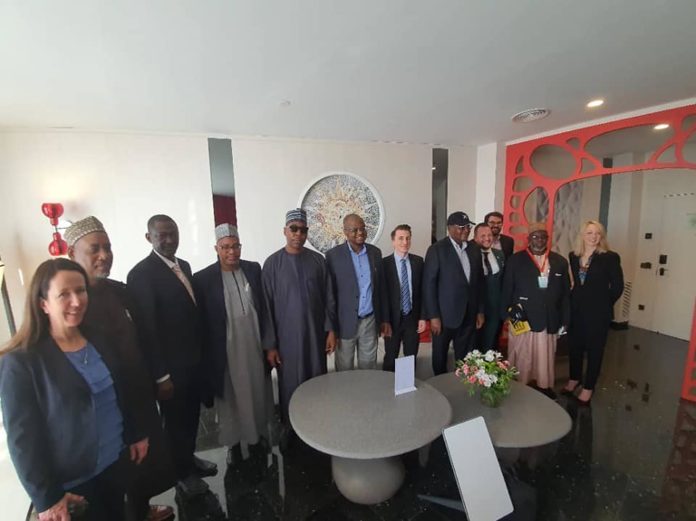 The MWC provides a platform for political leaders, regulatory heads, technology experts and industry executives from around the world to debate the issues and steer a course towards economic recovery and a digitally inclusive world.

On the sideline of the technical gathering, the Minister held strategic meetings with his counterparts from the Kingdom of Bahrain, the Gambia and representatives of SpaceX.

The four-day event is usually held in February or early March and is attended primarily by device manufacturers, network equipment providers, representatives of wireless carriers, and the press, among others.

Its annual attendance is generally around 100,000 people, while mobile phone manufacturers often use the conference to unveil upcoming devices.