‘More Than 42,000 Children Recruited For Terrorism In Africa’ 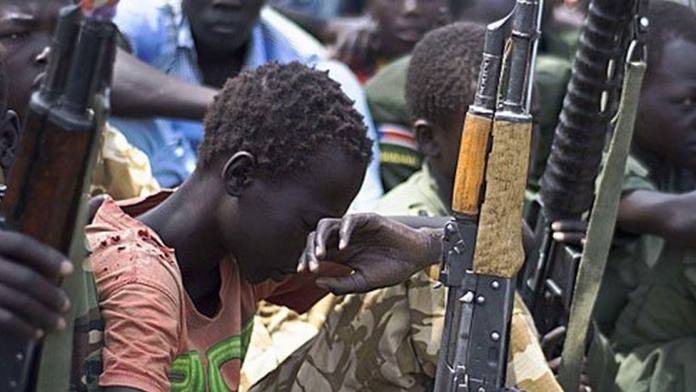 A report by the United Nations Children Fund (UNICEF), has uncovered that over 42,000 children were recruited and used in conflicts in the West and Central African region between 2005 and 2020.

In the report, titled “25 Years of Children and Armed Conflict: Taking Action to Protect Children,” UNICEF claimed that more than 7,600 children were killed or maimed in the regions during the years under review.

Between 2005 and 2020, the UN confirmed over 266,000 conflict-related violations against children. According to The Guardian, these children were involved in more than 30 conflict situations across Africa, Asia, the Middle East, and Latin America.

WikkiTimes gathered that the figure is a fraction of the violations believed to have occurred, as access and security constraints, stigma, pain and fear of children and the families of the survivors, among others, often hamper the reporting, documentation, and verification of grave violations against children in situations of armed conflict.

As contained in the report, West and Central Africa recorded the second-highest number of verified violations since 2005, with more than 67,000 verified grave violations, accounting for a quarter of all violations globally.

Furthermore, the report illustrated that about 4,800 children were abducted by parties to the conflict, with about 8,000 children raped, forcefully married and sexually exploited. According to the report, over 2,500 schools and hospitals were attacked during the years under review.

Nigeria had during the years under review significantly recorded a series of attacks by bandits and terrorist sects.

Commenting on the report, Marie-Pierre Poirier, UNICEF Regional Director for West and Central Africa, emphasized the need to intensify efforts toward ending grave violations against children.

Her words: “The killing, abduction, and rape of girls and boys are horrific crimes. The increase in verified grave violations in the Central Sahel over the last quarter and their devastating impact on the well-being of children shows the need and importance of continuing our efforts to provide care to the victims and advocate for their immediate end.

Attacks on civilians, including children, must be stopped and all measures for their protection, including during military operations, must be taken.

“Behind each of the violations detailed in the report is a child, his or her family, and members of a community whose lives are torn apart, sometimes forever. We cannot remain indifferent and silent. Attacks on civilians including children, must be stopped and all measures for their protection, including during military operations, must be taken.”